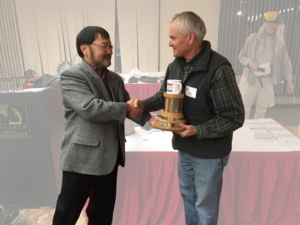 Each year Portland Bicycling Club members nominate individuals they believe have shown exceptional effort on the club’s behalf over the course of the year. The nominations are made prior to the end of December, and the awards banquet is held early in the subsequent year. The awards committee, comprised of past winners of the Jim Mooney Member of the Year Award, selects the winners. The club has certain criteria for a nominee to be considered in a variety of categories. Each nominee must meet all qualifications to receive the award:

To be eligible, a member must have contributed to PBC in an outstanding manner during 2022 but may not meet qualifications for Member of the Year (above).

Member in good standing who has contributed during 2022 in any of the following capacities:

Member in good standing who within 2022 has helped to enhance the friendly image of PBC within the community.

Member who has suffered injury while cycling yet came back with style and determination to resume cycling in 2022. 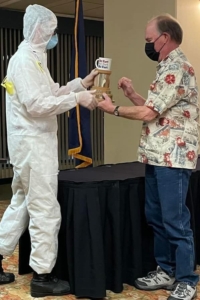