Your Club at Work 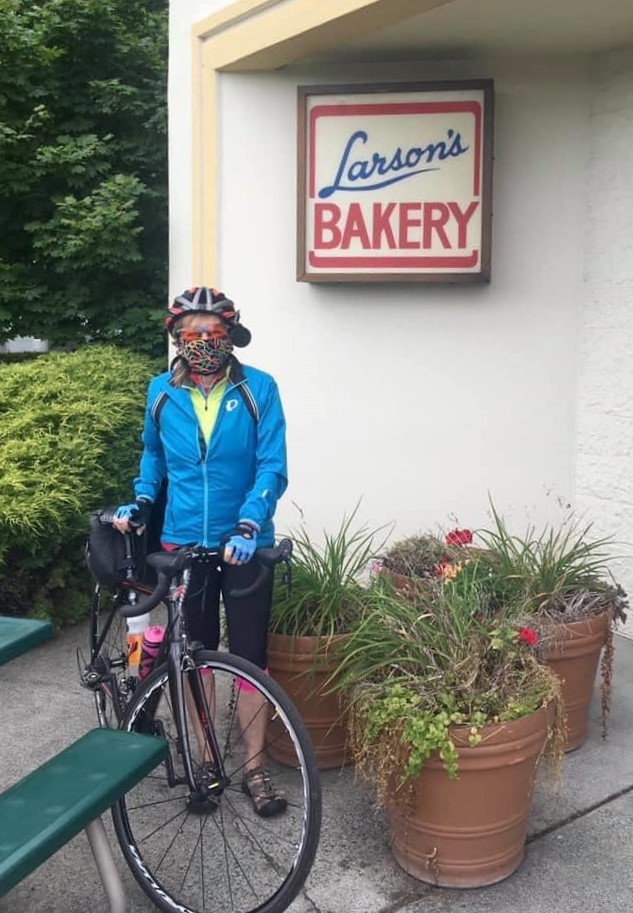 The Portland Bicycling Club’s executive board has not met since early March, and we have not held a member meeting either. Generally, we are looking to the Centers for Disease Control and Prevention, and state of Oregon leadership, to guide us in our decision-making as to when we can safely gather together.

Some club members are venturing out on rides, as evidenced on the PBC Group Facebook page. You can join that group if you want to see what some of your riding peeps are up to. Some ride alone, and some form small groups and social distance.

I heard from another club member that Karyn Mardis noted we are all on a “bathroom leash” – certainly a true statement regarding cycling and any other activity. I have ridden the two-bridge loop in part because the loo is open on the Vancouver waterfront, about halfway through the ride. Chuck Dorr got extra props recently because his route included specific diversions to porta potties at construction sites. You’ve got to love a ride leader who knows where the unlocked porta potties are located and leads you to them. Seriously, this is an issue!

As we move into June we would typically be planning and preparing for our summer cycling trips. Bud Rice had planned to lead a weekend of riding out of Bullards Beach State Park. At this point, state parks are not yet open. Groups are limited to 10 or fewer. Restaurants are maybe going to get going but in a limited format. Bud has decided NOT to offer the Bullards Beach camping trip after all. That was to be on July 10-12.

You have probably already heard that Seattle to Portland (STP) will also be AWOL in 2020. If you volunteered for the weekend of July 18 and 19, you now have a free weekend to fill.

Offered the first Sunday of August each year in lieu of a club meeting, the annual club picnic is also not taking place. That is, the site at Columbia Park, for which the club purchased a permit for August 2, has been relinquished and a refund requested. Therefore, we no longer have a location at which to hold our gathering. If conditions permit, then the board may spontaneously organize some sort of summer festivity; so watch your club emails and newsletter.

The Idaho Tour, scheduled for August 3-7, will not be offered in 2020 either. The same rationale used for the previous events is the culprit. Social distancing, inability to socialize, limited amenities such as bathrooms and restaurants, and just plain uncertainty have led to these results.

Still on the books in mid-May, but looking unlikely, was the San Juan Islands Trip, August 16-20. Then, some of our friends with reservations at Lakedale Resort received notification that their reservations had been canceled. Not everyone’s reservation was canceled, just some. Subsequent calls to the resort helped to determine that the resort was having to limit guests and create social distancing by eliminating some campers and vacating some campsites. The result for the club was that the San Juan trip is canceled. Some cyclists whose reservations were not canceled still intend to go and have some fun if that remains feasible in August. Again, things change in a heartbeat, and plans are undermined by factors beyond our control.

The “Explore Central Oregon” ride (formerly known as Cycle Oregon Lite) scheduled for September 12-14 is still a go, but only because it’s a little early to pull the plug. It may still proceed as planned or in an altered form.

Finally, your faithful reporter has not been apprised officially of the status of the new Portland Pedals & Pints Festival on September 26.