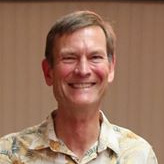 For those who missed it, the club picnic occurred August 7 at Portland’s Columbia Park. Khaliyah Williams-Rodriguez provided the activities and acquired the food. Pre-lunch rides were led by Tom Carter, Ann Morrow, and Alan Mevis. Kathleen Hellem transported the gear, and Corey Eng purchased the door prizes. The weather was hot, but thanks to our volunteers, the picnic was a remarkable success!  ✎

HOPEFULLY, we will have better riding weather ahead. September and October should bring cooler days, and the rains should not start until Halloween (provided it’s a normal year). And, we have other events to look forward to. The annual awards banquet will be scheduled for January. That gives everyone four months to think about club members who are worthy and deserving of the multiple plaques and trophies to be handed out. You can never get your nominations in too early!

Also on the agenda are our club elections. Every board position will be open except for one road captain and two members at large. Some of the current officers will likely want to run again, but if you are interested in serving on the board, don’t be shy about putting your name in the hat.

As for me, my summer scouting activities have been accomplished. I’m looking forward to being on my bicycle more and seeing you all on the road!