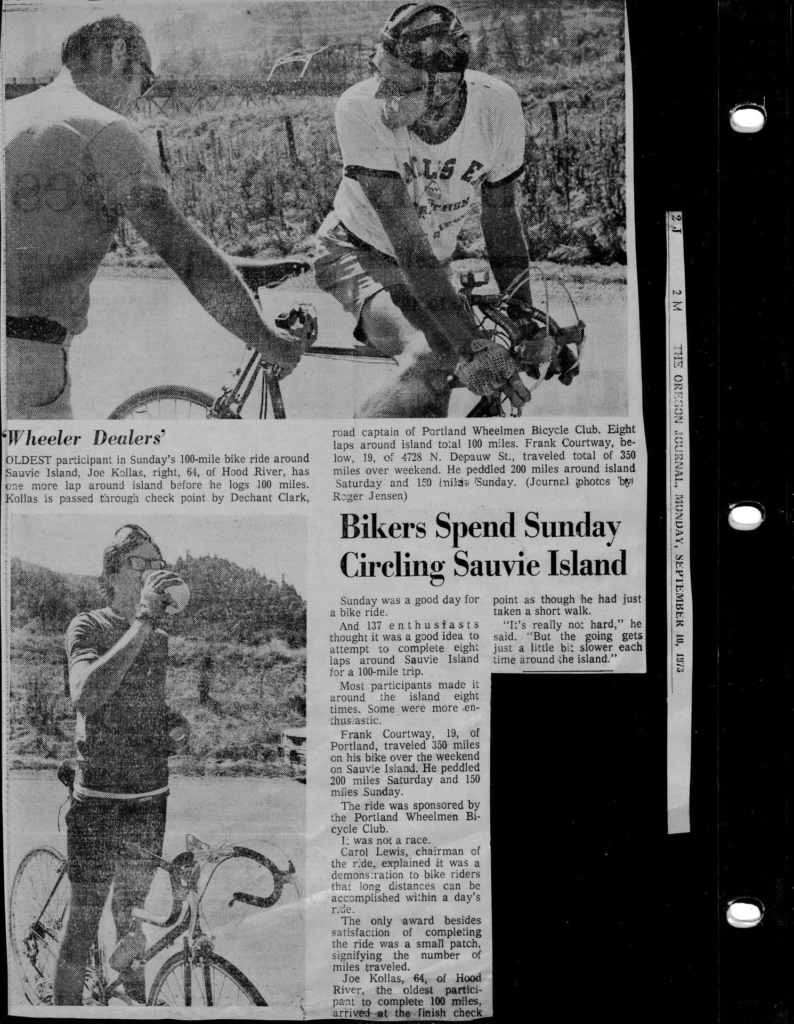 Last month, I put out the plea for scanners for the club archives, dating back to 1971 when the club was formed. I had a great response, four people came forward: Barry Emmerling, Dave McQuery, Pat McManus and Deb Boulton. You may have noticed several great excerpts on the club’s group Facebook page, posted by Barry. After pouring through the first box (of 14 boxes), Barry has determined that we need more scanners. Let me know if you can help with this project.Below is the article from last month’s QR, just in case you missed it.

Last fall, I was contacted by Patty Mooney (through the mail, of course). Her name may sound familiar to most of you, as she has been a longtime club member and wife of Jim Mooney, for which our Jim Mooney Member of the Year Award is named. Her rider number is 76001 meaning she was the first new member in 1976, and Jim’s was 73013! Patty is in her 90s and still going strong, but she told me she would be moving in the next year and wanted to transfer the club archives to someone else in the club.  ✎  Since we had gone electronic with the Quick Releases and club minutes several years ago, Patty was no longer keeping printed copies. I gave her my personal contact information and told her I would be happy to help her pack everything up and move it when the time came.

This summer, I got the call and enlisted the help of Corey Eng and my husband, Alan Coppola, to pick up the archives. The 14 boxes she mentioned did not take up as much space as we had first thought, because they were small file-sized boxes. The dates go back to 1971 when the club was formed. She also had a few boxes of old banquet awards and mugs. She told us that Jim used to take them along on rides and distribute them.

Now, what to do with all this great history of the club, especially when we are about to celebrate our 50th year in 2021? The board is seeking an individual who would be willing to scan the materials so they can be archived on the website. If scanning everything is too intimidating, someone to at least get us started. I brought home the first box, which dates from 1971-77. Let me know if you can help with this project, [email protected].