Getting to know Christi Horton

Pete: When did you begin biking and why? 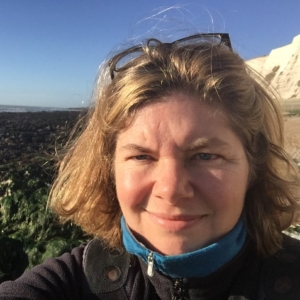 Christi: I rode a bike as a kid in Southern California, but I dropped it for decades while I focused on career and family. It didn’t help that I lived in big cities like New York and Sao Paulo, where there were few places to bike at the time.

I got my first “adult” bike in 2003 when I moved to the New Jersey suburbs. I joined a local bike club for the first time. I got more and more interested in traveling by bike, and eventually quit my job to become a full-time cycle tourist for a few years.

Between 2014 and 2019, I participated in 24 bike trips, including the Trans Am, the Southern Tier, the Pacific Coast route and a 2 ½ month trip around New Zealand.

In 2016, when I decided to move to Portland, the first thing I did was to join the Portland Wheelmen Touring Club (now Portland Bicycling Club) – long before I even found my first apartment here!  ✎

Pete: How many miles do you typically ride in a year? Club rides, or independent rides?

Christi: From 2014-2016 I probably rode close to 5,000 miles each year on my trips. But to tell the truth, I don’t put on a lot of miles when I am not touring. Now that I am settled in Portland, I may only ride 60-80 miles/month on two or three rides. And I admit to being a fair-weather cyclist (or weather wimp, if you prefer). When on tour, I will ride through rain, hail, and cold – whatever it takes to reach my destination. But if I have an option to go out (or not) on a day-ride from home – well, it’s hard to get me out of the house when it is rainy or below 50°!

Pete: You must have a favorite bike in your “stable.” What bike is it, and how many others do you have?  ✎

Christi: I have great sentimental attachment to the Trek 1000c basic aluminum bike that I bought in 2003, and which carried me across the country for the first time in 2014. But once I began seriously bike touring, I bought a maroon Surly Disc Trucker which became my first love. More recently, I bought a Cannondale Topstone 105 gravel bike which is a little lighter than the Surly but just as tough.

Pete: What do you find most enjoyable about biking? Is there anything about the activity that you don’t like?

Christi: I love the pace and immersive quality of bike touring. Averaging 10-12 miles per hour is the perfect way to see the world: you see, hear, and smell so much more than you would in a car; you can stop on a dime to take a picture or explore something closer; you meet amazing people; and you have the wonderfully satisfying feeling of exhaustion that comes with a day spent traveling on your own power. But I could certainly do without the narrow shoulders and occasionally antagonistic drivers.

Pete: In addition to cycling, are there other hobbies, interests, or pursuits you engage in?

Christi: I have become a dabbler in art (watercolor and sketching) and writing, and I’m just learning how to play golf. And I always love to travel.

Pete: While we would all like to be biking fulltime, unfortunately we have to work to support this and other habits. What kind of work do you currently do in your “day job?”

Christi: Though I consider myself basically retired, I am lucky enough to have cycling at the core of my only current paid position – leading bike tours for the Adventure Cycling Association once or twice a year.

Before retiring, I had a 25-year career international banking, primarily in corporate credit analysis. It was a great way to scratch my travel itch – my business travel took me all over Latin America, and to Germany, Spain, Australia and New Zealand.

Pete: What is a surprising fact about you that your fellow club members might find interesting?

Christi: I speak Portuguese, Spanish and French and I have lived in France and Brazil. I have a 28-year-old daughter from my first marriage. Within a few months of moving to Portland I started dating a born-and-bred Portland guy, and we got married two years ago!