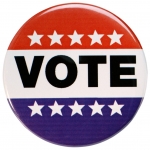 I can hear those eyes roll at the mention of another vote, but this is our annual no frills mid-year election to fill the board positions on the mid-year rotation. At the June club meeting the positions listed below will be open. Members interested in being considered to fill these vacancies can contact a board member to have their name added to the slate. Nominations will also be accepted from the floor on meeting night. The road captain and two member-at-large positions are one-year terms running from July 1-June 30. The recording secretary position is for six months to finish out the balance of a one-year term. Specific duties are described on the website under Executive Board.  Also, current board members can answer questions regarding the responsibilities of each position.

Here is the perfect opportunity to get involved with the mechanics of the club’s organization and the ground floor planning of the club’s future direction under its new name. If you’ve looking for an opportunity to bring your ideas to the table, now is your chance to step forward and help your club.