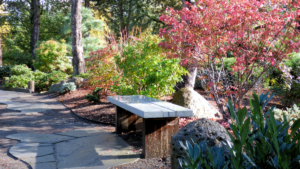 As we move through our cycling paces, attending meetings, showing up for rides, I imagine you experience some of what I do occasionally, that quick, habitual look around for our friend John Joy. He is not forgotten, and he is missed. I would like to work as a club, a group, a united membership to somehow memorialize him in a suitable way.

We have some ideas and ultimately you, the members of PBC, should determine what you think is going to be the best for us and for John’s memory.  ✎

John’s daughter, Kristal Langner, attended the April board meeting via Zoom and shared her vision with us. First, she shared that she has all the stories of riding with her dad that members have posted or submitted, and she appreciates them.

She is focusing on a memorial bench through Portland Parks (https://www.portland.gov/parks/legacy). The benches are limited to 15 annually, and the window for purchase is at the first of the year – long since gone for 2022. Kristal says each bench is $7,500 and her objective is to have placement in a park that has ties to John’s riding. 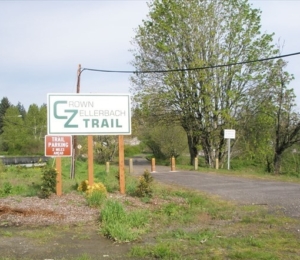 Some funds have already been raised through Chris Brannon: $834.

February, shortly after John’s death, the board had a quick, limited, email discussion about some sort of memorial. A plaque at the trailhead of the Crown Zellerbach Trail out in Scappoose was suggested. John’s residence was in Scappoose, and he began cycling on a mountain bike and worked on developing trails at times. So, CZ Trail is relevant and fitting. In fact, Doug Myers learned that a bench could be donated for $1,500 and would be a simpler, less-bureaucratic endeavor (https://www.traillink.com/trail/crown-zellerbach-trail/).

Finally, at the May club meeting, the above was discussed and Bud Rice suggested a larger sized paver at the Main City Park between the Springwater Corridor Trail and Jazzy Bagels. I think the club already has a small one there. A plaque has also been suggested such as the one that memorializes Ed Hing.

I will bring this up again at the next club meeting Thursday, July 7.

In review, what does the club as a whole want? And one of these does not have to preclude the others. We can do them all, do nothing, do something else: