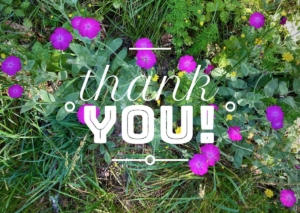 Portland Bicycling Club’s primary elections for the board are held in December. However, some positions are filled mid-year, in June, to prevent a possible influx of all-new board members at one time. Two member-at-large positions open up along with the road captain #2 slot. Incumbents often agree to stay on for another year or more. I think some of us board members felt that the pandemic reduced our duties so much we need to put in more time to fulfill our intended objectives in serving the club.

Additionally, we had two vacancies created when board members stepped away for their own reasons before their terms were up. Our constitution and bylaws dictate that when that happens the president appoints a temporary replacement, and a permanent replacement is nominated and elected at the next club meeting.

Shortly after being elected in December, Stephen Burkhart found himself tempted with work (!!) and stepped down as road captain. Robert Schroeder soldiered on without a partner for months! Todd McCollum was recruited to fill Stephen’s position and was voted in at the June election. The road captain #2 position, held by Robert Schroeder, was uncontested, and so Rob will remain as road captain and will no doubt be an excellent mentor to Todd.

Cindy Bernert-Coppola stepped down as membership secretary but continued to contribute as such until a replacement could be found. Lynn Blanchard (Quick Releases editor) agreed to step into the role temporarily UNTIL a permanent replacement was found. That was the status on meeting night, with Lynn serving as a placeholder. Fortunately, within a couple of days Christi Horton had volunteered to take on the job, and she was then appointed to that position. Lynn says her short-lived, placeholding role did not involve any action on her part.

The two member-at-large positions held by Alan Mevis and Don Zook drew the interest of Dave McQuery, and he ran against the two incumbents. While he did not prevail, and Alan and Don remain as members at large, it is good to recognize that all board positions are open to all comers, and it’s healthy to have a little competition for these volunteer positions.

Thank you, volunteers, for serving on the board. Your hard work on PBC’s behalf is part of what makes our club such a great organization.