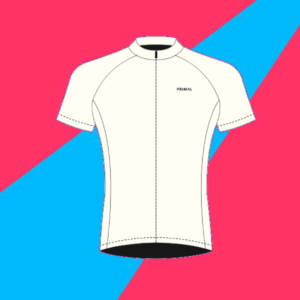 We are working on a fiftieth-anniversary edition club jersey to be designed and produced by Primal, the company which has produced many of our jerseys, including the most recent one. As of press time a finalized version is not ready for viewing. As soon as the jersey becomes available, an email blast will be sent out to all club members.

Ordering the jersey will be done directly from the Primal Team Store. This is the same method used for our last jersey order. The ordering time frame window will be about two weeks long. A link to Primal’s Team Store will be included in the email blast.

Sizing will be the same Sport Cut in both men’s and women’s sizes. Tentative pricing is $55-60, with $10 shipping per address (multiple orders can be combined and shipped to one location).

Estimated delivery is early September of this year.