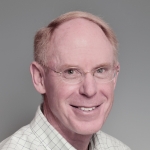 Do you think it is something we did do, or something we didn’t do – an act of commission or an act of omission? Whatever the cause, the weather deities seem to be a little perturbed and have not been kind to us. In January, we endured record cold in Portland with extended snow on the ground and ice. This past month of February, we have broken several records for the amount of rain received: on a specific day; for a given week; and for the entire month. Wow! I know this has not deterred some of you, but the only times we see normal turnout on our rides is when the weather is nice. There have far too few of those days. I have not been riding nearly as much as I typically do and miss the camaraderie of being out with a group of like-minded people.

As I write this on the last Saturday of February, it has been one of those rare nice weather days.  Cindy was our capable ride leader of twenty-some antsy club members who were itching to get out on their bikes (despite the cool start to the day).  We rode the “4 City Loop” from Woodstock Park, heading south and keeping on the east side of the Willamette.  We followed the Springwater and the Trolley Trail through Portland, Milwaukie, Oregon City, and Gladstone (hence, the four city name).  It was an enjoyable ride and a great day to be out. I am hopefully looking forward to many more like today.

At the board meeting this past week, we reviewed the nominations for the 10 non-club rides for which club mileage will be given. We decided on nine (see elsewhere in this issue for the full list), and are leaving one spot open for eventual consideration.  The first of these non-club rides is the Monster Cookie ride.  The ride is sponsored by the Salem Bike Club and starts in Salem with a turnaround at Champoeg State Park. I will be the designated ride leader, so please come out, wear your club colors, and be prepared to have a good time. A discount of the ride fee is given to Wheelmen and we encourage you to participate.

As we move into March with lengthening days, I certainly trust the weather will improve and allow many more good days for riding. I hope to see you out there.  Finally, a question:  Do you know what is the hardest part of learning to ride a bike?  The pavement.