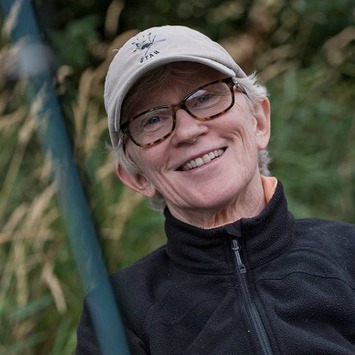 This past month my husband and I had the good fortune to do some bicycle riding in the bicycle-friendly countries of Belgium and the Netherlands. While everyone in Portland was celebrating great weather, our temps were mostly in the 40°s to low 50°s and often damp, but as the saying goes this did not dampen our enthusiasm. The terrain was flat, the winds were kind, the scenery bucolic, the roads devoid of broken glass and potholes, and bike highways and byways connected everything. Just like automobile highways, bikeways are numbered, and the directional signs reflect that. It was fantastic to see bicycles as the prime movers of people in these countries, but it led to lots of questions and googling for answers. 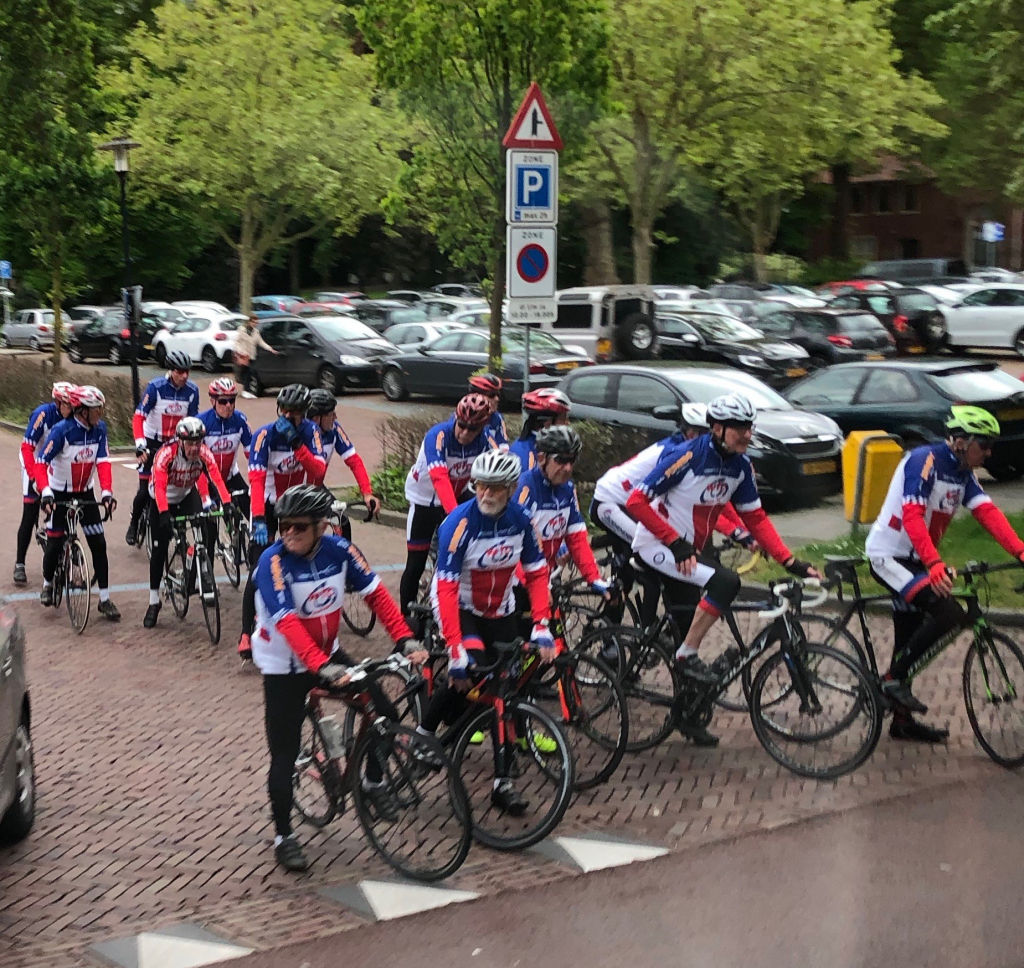 We saw one group of old master-level cyclists wearing helmets, but they were the exception. Otherwise, helmet use was almost nil. I estimate that the number of bare heads in the city of Amsterdam approached 100%! Although we biked rural Dutch regions, we were advised not to ride in Amsterdam, as least not during our first days. Urban riders are extremely fast, ride heavy bikes that carry a lot of momentum, are highly adapted to Dutch streets as locals were put on bikes as toddlers, and share their bike lanes with motor scooters! Consequently, cycling on the busiest Amsterdam streets appeared chaotic and dangerous. Novice adult riders don’t stand a chance! Novice pedestrians are also at a disadvantage. The bike lanes in cities were often integrated into the sidewalk with barely a demarcation, leading to lots of close calls between riders and naïve tourists. In Amsterdam, we saw dozens, if not hundreds, of cyclists streaming through the busiest intersections. Typical Amsterdam riders use a bike with very high handlebars relative to saddle height – similar to beach cruisers which put the rider straight up or even slightly leaning back. In that position, they were chatting on phones, looking at their phones, plugged into ear buds, and smoking cigarettes. Helmetless babies on bikes slept drooped over front handlebars. It was all pretty amazing! 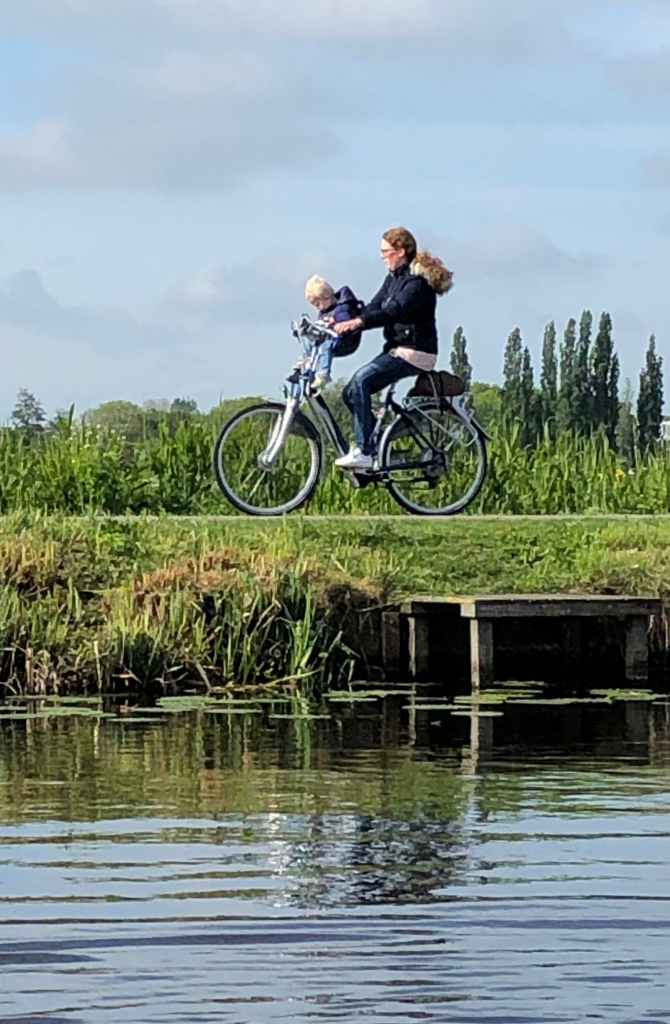 Is cycling in the Netherlands safer than in Oregon? Googling offered some answers. The number of people killed in the Netherlands (population 17 million) in 2017 was 613 (see No. 1 below), whereas Oregon, with ¼ the population (4.2 million), had 498 deaths (see No. 2 below), suggesting that roads are more dangerous here than in the Netherlands (also supported by #deaths/km driven). On Dutch roads, 206 of the fatalities were riding bikes, whereas 201 were in cars. The remainder were on foot, motor scooters or motorcycles. In Oregon, 10 of 498 fatalities were riding bikes and 414 in cars, suggesting riding a bike in Oregon is safer than on Dutch roads. Being in a car is certainly more dangerous in Oregon compared to the Netherlands, but we can’t conclude that being on a bike is safer. In the Netherlands many more people are riding bikes so direct comparison of these numbers isn’t possible. Values that compare deaths/100,000 km ridden suggest that, despite the high number of deaths, bicycling Dutch roads is safer. Still, the Dutch government is sounding the alarm over the death rate and riding habits of its nation. There is a growing concern that the overall injury rate is climbing, particularly for people over 65 riding e-bikes.

My thoughts . . . If you have a chance to visit these countries, I highly recommend bike touring the countryside, but the city? Not so much.